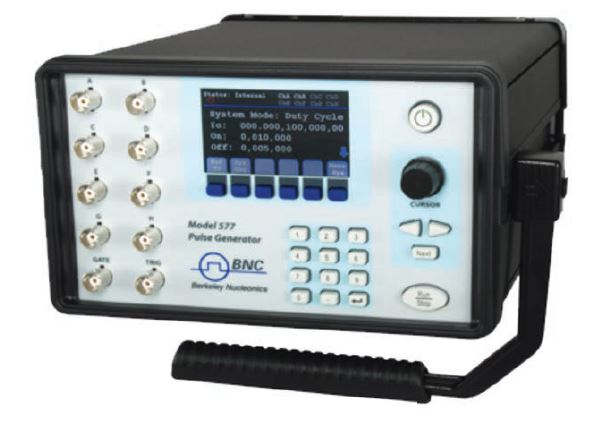 An arbitrary waveform generator (AWG) is a used to generate electrical waveforms. These waveforms can be either repetitive or single-shot (once only) associated with a triggering source. Unlike function generators, AWGs can generate any arbitrarily defined waveforms The AWGs synthesize the waveforms using digital signal processing techniques with maximum sampling frequency of several gigahertz. The output connector from the device is usually a BNC, but can be SMA connector and requires a 50 or 75 ohm termination. AWGs could also operate as conventional function generators. These can include standard waveforms such as sine, square, ramp, triangle, noise and pulse. Some units include additional built-in waveforms such as exponential rise and fall times and sinx/x